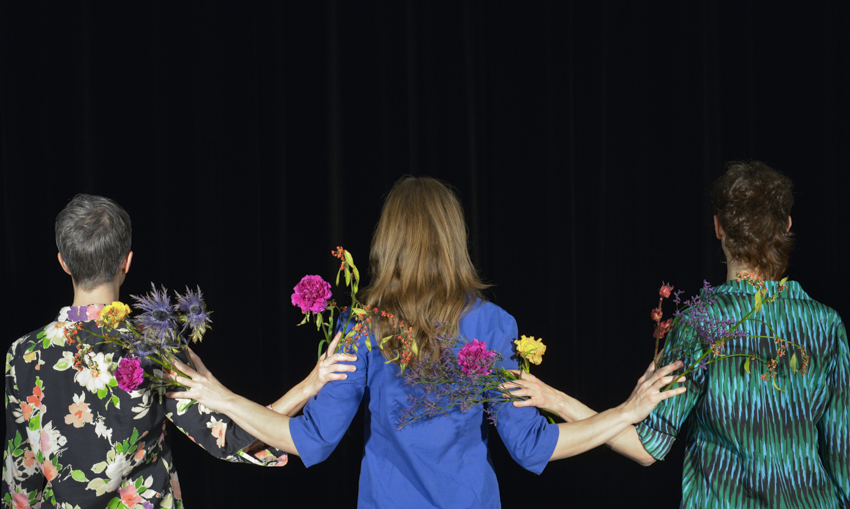 Dance, oral poetry and live music
A piece for 3 dancers and 1 electric guitarist/electro-acoustic composer
The point of departure : give body, voice and music to Romanian poet Ghérasim Luca’s text Passionnément

In 2005, when I discovered the poem Passionnément by Ghérasim Luca, I was bowled over with deep emotion.
Was it the difficulty of saying Je t’aime passionnément (I love you passionately) or the release of finally articulating it that so moved me?
Is it because this profession of love is universal that it touches me so much?
Today, I explore the resonance and transposition that feeling of being tongue-tied and finally liberated left behind in me.
How am I still vibrating from its impact?
How do I transmit and share it?

PASSIONNÉMENT expresses the most violent emotions, from irrepressible rage to unconditional love.
PASSIONNÉMENT plays on the relation between the body’s blind groping and cries, with frailty and delicacy, but also with excess and eccentricity; the relationship between primitive and liberating speech in the mouth of a human who is moved; the relationship between the I, you and us in the intimate and collective space.
PASSIONNÉMENT enacts, through the performers’ bodies and mouths, a conquest that unfolds step by step, like a condition for human beings to go out into the world.

With PASSIONNÉMENT, it’s the whole language and body that whizzes by, with variations, in order to liberate an ultimate block of body and sound, a single breath at the limit of the cry : Je t’aime passionnément.

At the time when our societies are on fire, lacking meaning, gentleness and love, this text offers an ideal playground for exploring human excess, the vital necessity for humans to love and be loved.
With PASSIONNÉMENT, I invite us to inflect the evidence of collective tenderness in our society, in this incisive and vital need to say Je t’aime passionnément.

Transpose this text into a bodily and musical score

Accompanied on stage by two other dancers, Carlotta Sagna and Marie-Lise Naud, and (electric) guitarist and electroacoustic composer Nicolas Losson, I am seeking out a space of tension and friction between dance, voices embodying the text, music and light.
Like Ghérasim Luca’s stuttering and fumbling language, I imagine a dance that uses vibrant bodies with a strong physical commitment in their attempt to attain the freeing Je t’aime passionnément.
Creating a stuttering body, a gesture of dismemberment, a fragmented body advancing in rich unity between rage, stupor and jubilation, in the transposition of the gesticulation of Ghérasim Luca’s ideas.
Revealing the grace of the monstrous over and over, metamorphosis as an essence of being, human power and fragility.

Still on stage, a man with an electric guitar, an enigmatic presence acting in real time, will carry the raw and heady melody, and the electroacoustic universe of this declaration of love.

Meanwhile, I invite Cyril Leclerc, a light designer with whom I collaborate closely, to organically fill an entirely blank stage space, throwing our spatial-temporal references out of whack.
Starting with a black and white environment in which color gradually appears to accompany the metamorphosis that is deployed in the bodies.
This aesthetic work will be reinforced by designer Sophie Hampe’s costumes.

This poem thus becomes the basis for a score whose purpose, step by step, in gestures, voice, music and light is to “simply” say Je t’aime passionnément to humanity, to life, to the other, to the stranger, to oneself, to you, to me, to you all, to us all. 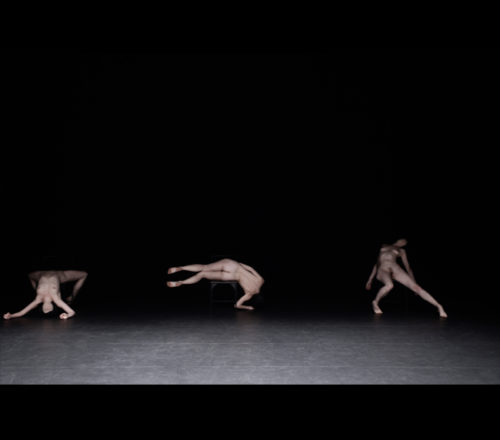 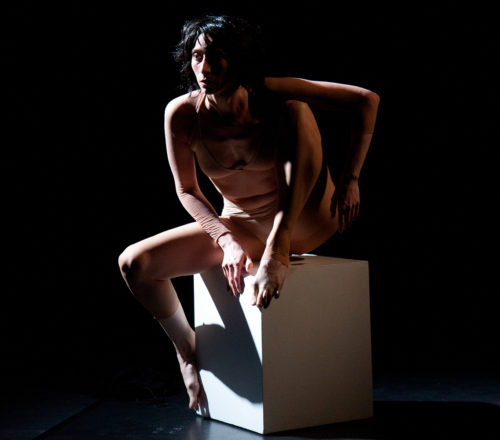